The continued shortage of inventory compared to buyer demand has pushed the median sales price of existing/resale homes up near the record high in Ada County and set a new record in Canyon County. 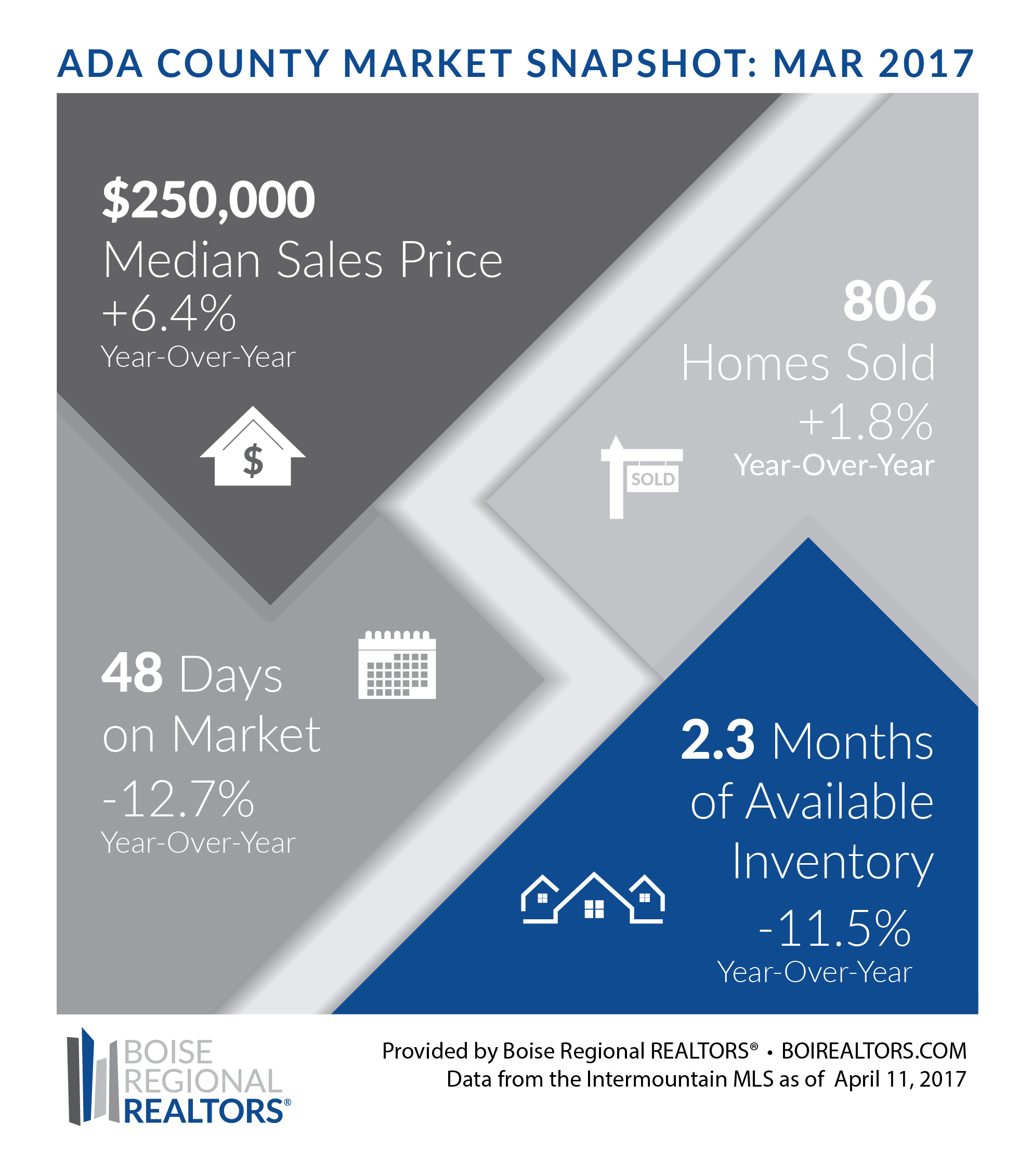 While more existing homes are being listed each month as we move further into the spring market, it’s not enough to keep up with buyer demand. This is especially apparent when comparing current inventory to last year’s levels. 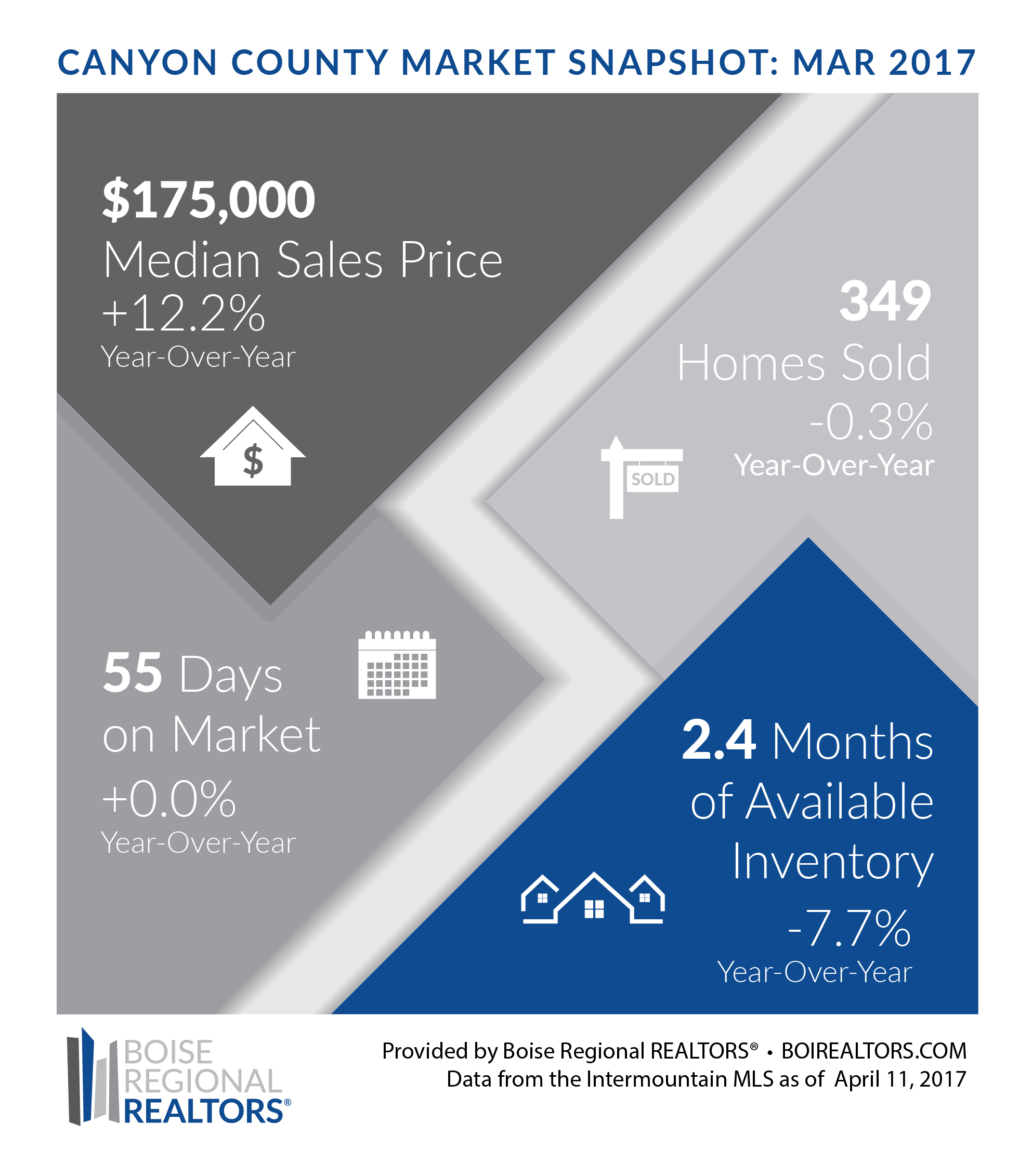 The key to fixing the inventory crunch is with homebuilders. They must increase inventory in all prices points to not only help current buyers but also existing homeowners who don’t know where they will move if they sell. As more new inventory becomes available, existing homeowners could move and free up properties in the low to middle price points.

We did see an uptick in the number of new homes for sale compared to last year, but again, existing inventory continued to lag:

Builders know there is demand at all price points and they are eager to meet it. However, in order to be profitable, they often build homes at higher price points due to the constraints of higher material costs, land prices, and the shortage of labor. As existing home sellers are able to net more as prices increase, the hope is that they will choose to sell and move up in price point, especially as there are new homes available in the higher price points.

Thank you for contacting us, we'll get back to you shortly.

Sorry, we are unable to send your message at the moment. Please try again later.